The announcement was made by B.C. Premier Christy Clark on Thursday at Vancouver Island University in Nanaimo, where the new office will be based.

Shqwi qwal means speaker in the Hulquminum language, and as its head Atleo will be expected to facilitate dialogue between B.C.’s First Nations, government and industry.

“The Shqwi qwal will develop and support dialogue sessions on education and other topics that will help foster understanding and partnerships between indigenous peoples and the broader public, private, and corporate sectors,” said a statement released by the premier’s office. 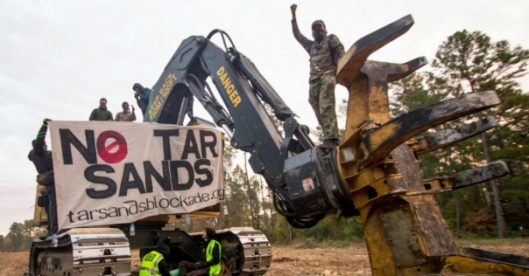 ‘Business as usual for Big Oil—particularly in the tar sands—is over.’

The growing tide of tar sands resistance—seen in blockades, tree sits, petitions, education efforts and calls to divest—is having a measurable negative impact on the bottom line of the tar sands industry, according to a new report, prompting researchers to declare that “business as usual for tar sands is over.”

Published Wednesday by the Institute for Energy Economics and Financial Analysis and Oil Change International, the report, Material Risks: How Public Accountability Is Slowing Tar Sands Development(pdf), finds that tar sands production revenues were down about $30.9 billion from 2010 through 2013. And according to the report, more than half of that lost revenue, roughly $17 billion, can be attributed to the fierce grassroots campaigns that have sprung up throughout North America in the past few years. 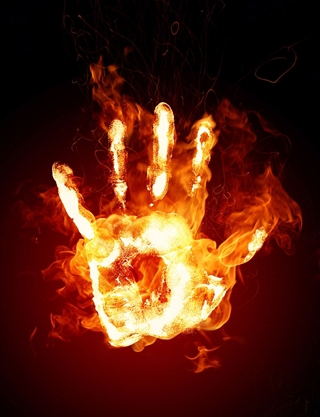 With much discussion with Elders Councils and around Sacred fires and ceremonies the Secwepemc Ts’ka7 Warriors have acted out their collective responsibility and jurisdiction to and in the Ts’ka7 area by deactivating the Imperial Metals Ruddock Creek mine road.

Imperial Metals Corporation never asked for or received free, prior and informed consent to operate in Secwepemc Territory.  The Imperial Metals Mount Polley mine disaster, in the area known as Yuct Ne Senxiymetkwe, the absolute destruction and devastation of our Territory has never been answered for.  No reparations have been made.    Instead Imperial Metals continues to force through another mine in our Territory while criminalizing the Klabona Keepers of the Tahltan Nation also exerting their jurisdictional and withholding consent from the same company. 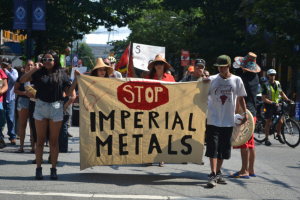 Rally in Vancouver on Aug 11, 2014, against Imperial Metals.

APTN National News, Oct 15, 2014
An Indigenous resistance group under the name of Secwepemc Ts’ka7 Warriors burned a bridge connected to a proposed British Columbia zinc and lead mine owned by the mining company now trying to clean up the Mount Polley environmental disaster, APTN National News has independently confirmed.

Ts’ka7 Warriors issued a statement Wednesday taking responsibility for torching a bridge at the Ruddock Creek Mine operation, of which Imperial Metals is the majority owner.