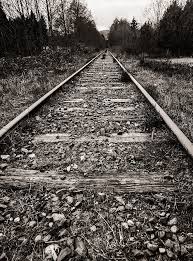 A railway company operating in the Lower Mainland and Fraser Valley is considering reviving the line that extends to Port Alberni if the Raven coal mine is approved by provincial regulators.

Train service has not been provided to the Alberni Valley since 2001, but this could change if the Raven Underground Coal Project gets the green light from the B.C. Environmental Assessment Office. The Southern Railway of British Columbia has expressed interest in upgrading the E&N line to serve daily coal shipments to the Alberni Valley. The old rail line extends from Courtenay, near the proposed coal mine’s location in the Comox Valley, to Port Alberni.

“This rail corridor is a huge asset to Port Alberni,” said Southern Railway’s president Frank Butzelaar, adding that an active railway would benefit the local lumber industry as well. “Every port needs to have a rail connection and every dollar we put into the rail corridor is a dollar that’s going toward expanding the port in Port Alberni.”

The Raven coal mine’s parent company Compliance Energy is preparing to make their second application to provincial regulators in March. The mine would produce one million tonnes of steelmaking coal annually over a 16-year life cycle, sent from the Comox Valley to Port Alberni for shipment oversees.

Compliance recently determined that trucking the coal along Highway 19 and 4 is the only viable option, after private consultants advised the company that upgrading the E&N line to handle coal tonnage would cost approximately $300 million. Butzelaar said that “considerable work needs to be done” to the line, but it can be prepared to handle regular coal freight for $60 to $80 million. Southern Railway has discussed their plans with Compliance, and Butzelaar plans to meet with representatives from the mining company later this month.

At the end of the day this is the kind of work we do all of the time, there’s really nothing too challenging. We’re basically rebuilding an existing rail corridor.”

Bringing freight trains back to the Valley would benefit a range of industries – especially the proposed Transshipment Hub, which would receive vessels from Asia, said Ken McRae, director of the Port Alberni Port Authority.

“You can’t run a trans-shipment port without a rail line,” he said.

When McRae was mayor of Port Alberni three years ago he recalls seeing blueprints of Southern Railway’s plans to upgrade the old E&N line with a similar cost.

Butzelaar said the costs would be shared by Compliance and Southern Railway, with the possibility of pursuing support from the province to prepare the E&N line for coal shipments. Daily freight traffic would entail one 40-car train, as opposed to more than 70 truckloads of coal that would pass through Cathedral Grove on Highway 4. “We would be moving one train a day with one locomotive crew,” Butzelaar said. “Certainly there’s a lot of efficiencies in the fuel. Rail is a lot more fuel-efficient than truck, and there’s some benefits to both the province and the community. We would be taking those trucks off the road.”

BCBLACKOUT: This is just one of the various schemes to get the coal from production to distribution. Although this is obvious we feel inclined to note that stopping production is our goal, and that ANY way that is devised to transport the black gold cannot mitigate capital’s attack upon our health and the water.